skip to main | skip to sidebar

The space opera is a genre that's hard to get into if you aren't already an enthusiast. The stories are often long and character driven, and some times seem as long and involved as a version of War and Peace set in the Kuiper belt of some star system thousands of light years away. Critics call them 'escapist', as if any form of literature isn't. But can a space opera be grounded in real characters who the reader might know, or want to know?

Even if these people are nine meter tall aliens that live on gas giants?

The Algebraist is a great place for some one new to science fiction to get a taste of the space opera. Iain M Banks, the science fiction writer who by night fights for democracy and for Scotland as the mainstream literary writer Iain Banks (his disguise is dropping his middle initial), has forged a reputation as a master of the genre with his novels of the Culture. The Algebraist is a departure from the universe of the Culture, being a stand alone novel where most of the rules are different.

In the novel it is the year 4034 AD, and Fassin Taak is a "slow seer" cultural ambassador to the mysterious Dwellers of the gas giant Nasqueron, many light years away from Earth in the Ulubis system. After the worm hole link to the rest of the civilized galaxy is destroyed, Ulubis is cut off, stranded by one hundred light years of empty space, and it becomes a target for conquest by the Stravling Cult, led by the psychotic Archmandrite Lusiferous. Speeding toward Ulubis on a rescue mission is the Summed Fleet of the Mercatoria, the galaxy spanning civilization of "quick" or short-lived races, differentiated by the "Slow", ancient races to which the Dwellers belong with life spans measured in billions of years. The reason all these forces are rushing toward Ulubis is that Nasqueron holds the key to the Dweller List, the alleged location of a secret worm hole network known only to the Dwellers, linking more than two million systems and, apparently, connecting our galaxy to another. By order of the Mercatoria, Seer Taak has to go into the clouds and heavy gravity of Nasqueron to talk to the Dwellers to get the legendary List.


Banks writes hyper intelligent species with a lot of humanising wit, charm, and ridiculousness. Anyone familiar with the Culture novels know that the Minds, artificial intelligences with god-like powers, love to prank and interfere with less intelligent humans, basically only to amuse themselves. The Algebraist is different, in that the Mercatoria pan-species civilisation long ago fought against AIs in a great and terrible "Machine War", similar to the Butlerian Jihad from that classic of the space opera genre, Frank Herbert's Dune. AIs are routinely fought with by the Mercatoria in a war similar to the "ethnic cleansing" we are so familiar with here on Earth, but the machines are good at hiding, and The Algebraist asks us to validate these proto-Minds as personalities or beings possessed of the same right to exist as biological intelligences.

Great age is a theme in The Algebraist. The Dwellers and other slow species (including a memorable character of a sentient gas cloud many light-years across whose thoughts take days to manifest) are nearly immortal, their civilisations beginning when the universe was still cooling down after the big bang. For the quick species, three forms of longevity are explored. All the main characters are above the 200 year age range. Fassin Taak, as a slow seer, lives his life on the same time scale as the Dwellers he frequently interacts with. His friend, the wealthy industrialist Saluus Kehar, gets there through gene manipulation procedures. And their mutual friend Tanice Yarabokin, a captain of the Summed Fleet, spends most of her time travelling near to the speed of light, where time runs slower. This age bracket is necessary because the rules of physics apply in The Algebraist. The speed of light cannot be exceeded, so travel to distant suns can take hundreds of years. As a civilisation, the Mercatoria need a glue.

Banks introduces a pan-religion called The Truth, which essentially holds the disparate systems of the Mercatoria together even when the worm hole network is destroyed (which is frequently done by the Beyonders, branded as evil because the ally themselves with AIs, as terrorists are considered evil in our world). The Truth is a philosophy or statistical truth that holds the universe as a computer simulation. The more people who hold in their hearts "the truth", the less reason the runners of the simulation have to keep it running, and so the will release the prisoners of the simulation out into the "real" world. It is exactly this universe spanning solipsism that the Culture novels are often about disproving, which makes me as a reader believe that The Algebraist is actually a simulation run by one of the Culture Minds, just for fun.

The best thing about The Algebraist is the Dwellers. They are built up for a quarter of the novel as this ancient and infinitely wise, though infinitely frustrating super power, who then for the next 200 or so pages appear as complete buffoons unable to settle a debate about the common galactic language that for all other species in the novel was decided a billion years ago. Banks shines in his dialogue with the conversations between Fassin and Y'Sul, his Dweller contact, and give human perception on the Dwellers through Col. Hatherance, also evolved on a gas giant, but only a dweller, lacking the capital "d". Towards the denouement, the Dwellers seem much less silly.

Who (or what) is Seer Taak? I have to translate some part of the book, I don't have enough time to read the whole text. Could you help me and explain what Seer Taak means?
Thanks in advance!

O-kay...
Taak is the man's surname, and he is a Seer, which is his job. Hope that helps 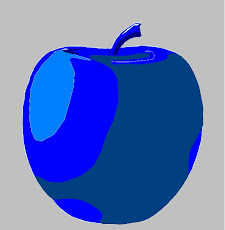